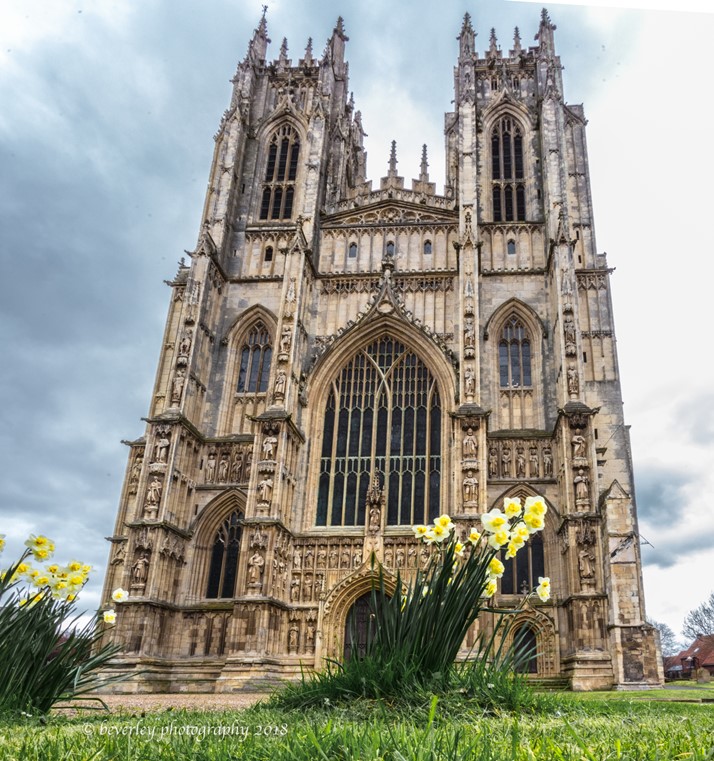 The most popular derivation of the name Beverley is the Anglo-Saxon “Beoferlic” or “Beaver Clearing in the Woods” – quite probably a reference to the beavers that used to dwell on and around the River Hull as it passed Beverley.  Although the beavers have long since gone, the town’s crest depicting such an animal by water still remains.

When John, Bishop of York, retired to Beverley in 718 AD, he lived in his own monastery “in the wood of Deira” – this being an ancient name for East Yorkshire.  The monastery is generally regarded as the direct ancestor of Beverley Minister and in turn helped to develop the town as a whole.  John himself became renowned for performing several miracles and after his death and subsequent canonisation as Saint John of Beverley, the town became a place of pilgrimage and sanctuary.  John’s bones now lie in Beverley Minster and his legacy is remembered at an annual festival held in his honour.

Royal charters under various monarchs continued to develop the town, giving it the right to and range of markets and fairs.   Our thriving markets on a Saturday and Wednesday are still governed and guided by an ancient royal charter, with newer events such as the annual Food Festival and Festival of Christmas following in this tradition. 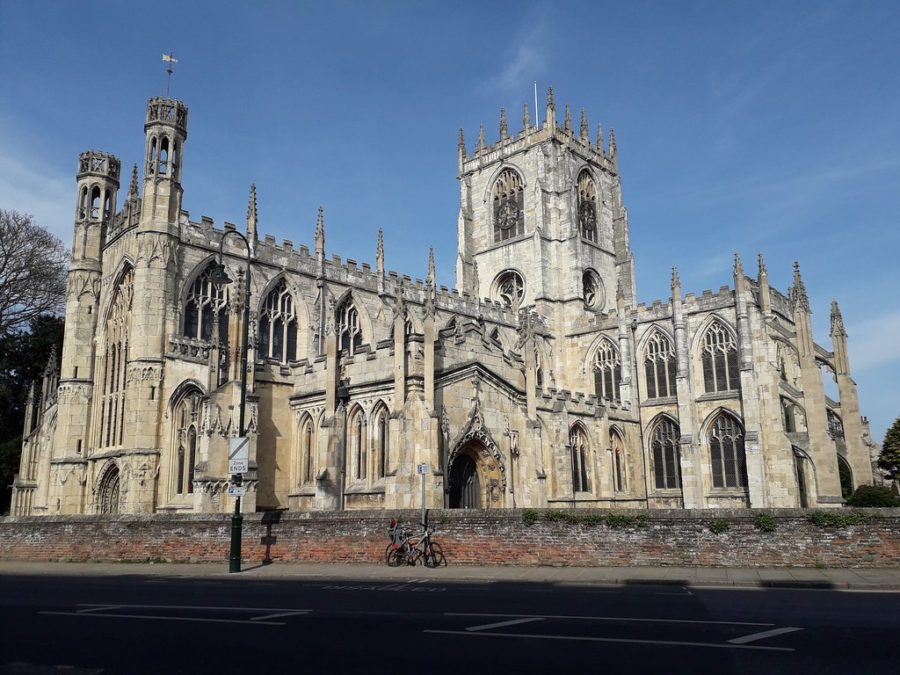 Dominant over all is the gothic majesty of the Minster.  It was not until 1220 that the current building was begun, with various Minsters before it falling foul to a range of disasters, such as destruction by Vikings and a fiery fate due to a dreadful blaze that swept the town in 1188.

The Minster is not alone, as the main stretch of central Beverley is bounded by both the great Minster and the equally beautiful St Mary’s Church.  We also have the medieval North Bar, the Market Cross, ancient alms houses, the free pastures including Westwood, the Guildhall, the Friary, Beverley Beck… the list goes on, but each is as special and unique as the next.   was a trading post of the Hanseatic League.

The reformation of the church had a considerable impact on the town in terms of a loss of economy and during the Civil War, Charles I placed his headquarters in Beverley as he repeatedly attempted siege on Hull.  In 1665 the plague arrived claiming many local lives, with the plague pit located where the railway station stands today. 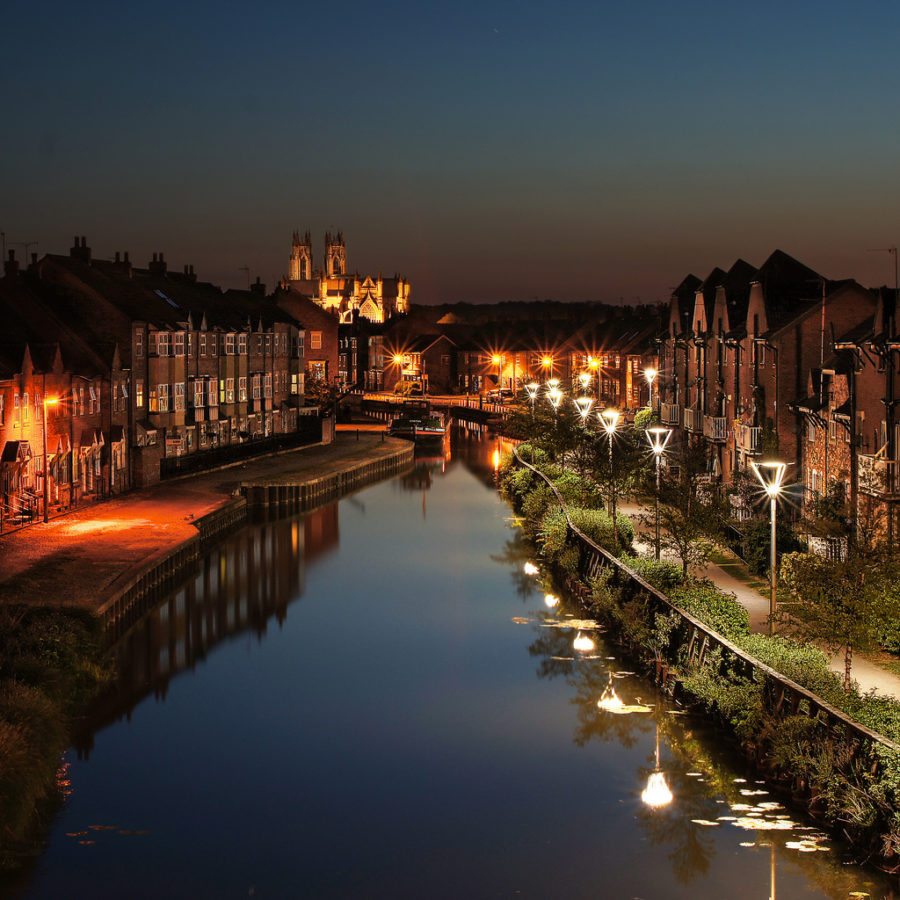 In terms of trade and economy, Beverley was a trading post of the Hanseatic League and had a large number of medieval guilds, which are now celebrated by the Town Trail.

By the eighteenth century, the Industrial Revolution brought much prosperity to the town and developments in mechanised farming practices strengthened the rural economy in the surrounding farmland and countryside.

The Great War saw many local lads sent over seas not to return.  However, it was during the Second World War that Beverley found itself in the direct line of fire.  The most devastating event took place on August 3rd 1942, when a bomb was dropped on Flemingate, resulting in one immediate fatality and several subsequent deaths due to injuries sustained in the attack.

As national socio-economic trends changed from the 1970s onwards, Beverley lost its once thriving industrial heartland, which included a ropery, wool dying, a shipyard and tannery.  In recent years there has been much regeneration on the old industrial sites, which are now residential and retail areas. 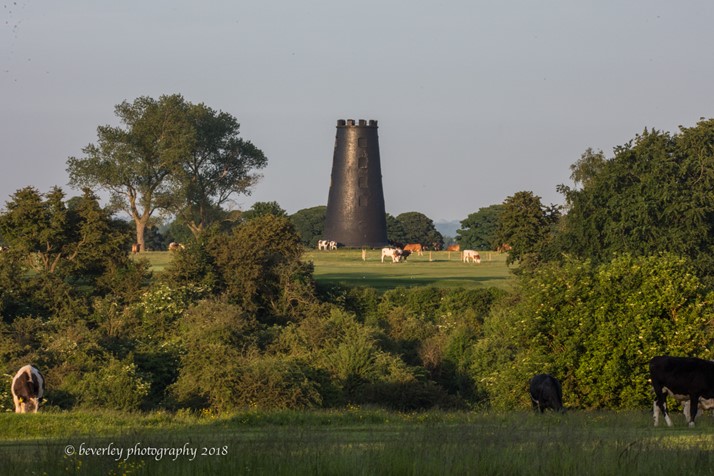 A unique and much-loved area of Beverley is Westwood.  This common pasture land has been under the guardianship of the Pasture Masters for generations, alongside the other common lands of Swinemoor and Figham Pasture.  Beverley is very lucky to have such unspoilt areas accessible to all and part of Westwood, known as the Hurn, houses the racecourse.  Since the sixteenth century horse racing has been an important part of the local economy and continues to be a vital element of Beverley’s ongoing sustainability.

From the gothic majesty of the Minster and the rolling grasslands of Westwood, to the regeneration of old industrial areas and community spirit that is evident throughout all quarters of the town, Beverley is a wonderful place in which to live.  Whilst events from the past have developed the town to be how we know it today, what we do now will help to shape it for the generations to come.